Doesn’t matter if you give the man an MPC or drum kit, Dr. Dundiff earns a Ph.D. degree in hip-hop, jazz and neo-soul regardless of which direction he takes. Since 2012, the Louisville, Kentucky based beatmaker-slash-drummer blurs the lines between sampling and live instrumentation. His latest album, SGJAZZ, is the next step in his path of rhythm.

While I was listening to one of your more recent releases, The Distance, it struck me that sometimes it’s hard to separate sampling from live instrumentation. Is that something you consciously aim for?

Yeah, I like it all to blend. Most of the times when people ask me “What sample is this?”, it’s actually something I played myself. At the same time, I love the art of sampling. Sampling made me the producer I am today, and it shaped the way I listen to music and approach making music. I tend to actually play the initial chords that start most of my songs.

So how has your work as a beatmaker shaped your approach to making music as a drummer?

I played the drums a bit when I was younger and I have always had a good sense fo rhythm.  However, I would say that beatmaking has definitely produced my ability to be a drummer. When I first started playing drums in a group, I was playing live one-shots of every drum sound on my MPC. I did that for over a year until I eventually wanted to buy a kit. From that point on, drumming and finger-drumming are synonymous to me. When making a beat I usually play live drums and sampled drums to find a nice mix. Also, I definitely think programming drum patterns helps to understand playing the drums, and vice versa. It makes sense and it’s healthy to know both.

Any all-time favorite drum breaks to either play or chop up?

One of my favorite drum breaks to chop growing up was “It’s A New Day” by Skull Snaps. I could always get the pattern I wanted out of chopping that beginning up. And it’s a given but I always loved to play and chop up The Funky Drummer break.

Are you self-taught or do you have an educational background in music?

A bit of both. From fifth grade through middle school I played the stand-up bass in an orchestra. Around that same time, I discovered the guitar and taught myself how to play. Playing guitar and writing songs was my life for a few years until I really fell in love with hip-hop.  I was making beats and rapping with my homies for fun, but that led to a very real desire to produce music myself. I was enamored with instrumental hip-hop my last two years of high-school. After I graduated high school in 2009, I copped my first MPC2000XL and I was hooked right away…

Sounds like there was a lot of music in your childhood…

Both my parents have a love for music but only my mom is musically inclined. She used to play guitar, piano and sing when she was younger. I inherited my first guitar from her. It was her old acoustic Taylor from college that she used to play and sing Joni Mitchell covers. I got a love of all kinds of music from her as well, as she has a wide palette for music.

My mom would play Joni Mitchell, Flora Purim, Mahavishnu Orchestra, Chick Corea, Return to Forever, The Beatles, Janis Joplin, Linda Ronstadt, Jimi Hendrix, Bill Evans… And my father listened to a lot of different music as well, but he loved Doo-wop.  He would play music such as The Five Satins, Dion & The Belmonts, The Teenagers, Buddy Holly, Frankie Valli and The Four Seasons, The Drifters, Elvis Presley, The Platters, and Billy Ward And His Dominoes.

“I don’t want to be tied to a certain sound or genre. But I am definitely going to further expand on the Neo-Soul, Nu-Jazz sound. I have a vision and it’s accompanied by sound.”

Last month’s SGJAZZ is your latest project. A neo-soul/jazz group together with five other musicians. How did the crew come together?

I most recently met Idris [Frederick, on Rhodes Electric Piano].  I heard him play a few times and was blown away with his skill but I was really moved by his feel: the phrasing and changes he makes are just so unique and original but somehow familiar. I approached him after a show last summer and told him we should work. He was completely on board!

Once I had Idris, I asked some of my most talented friends, all of which I was already playing music with in my band with Otis Junior. Patrick [Denney] plays keys in my other group but the bass is his focal instrument. It was a no-brainer to ask Patrick as well as Anthony [Keenan], who also already played guitar in my other group. Last was Noah [Reed], who is the best horn player I have worked with. He has soul and complex harmonies, and he plays almost every wind and brass instrument. 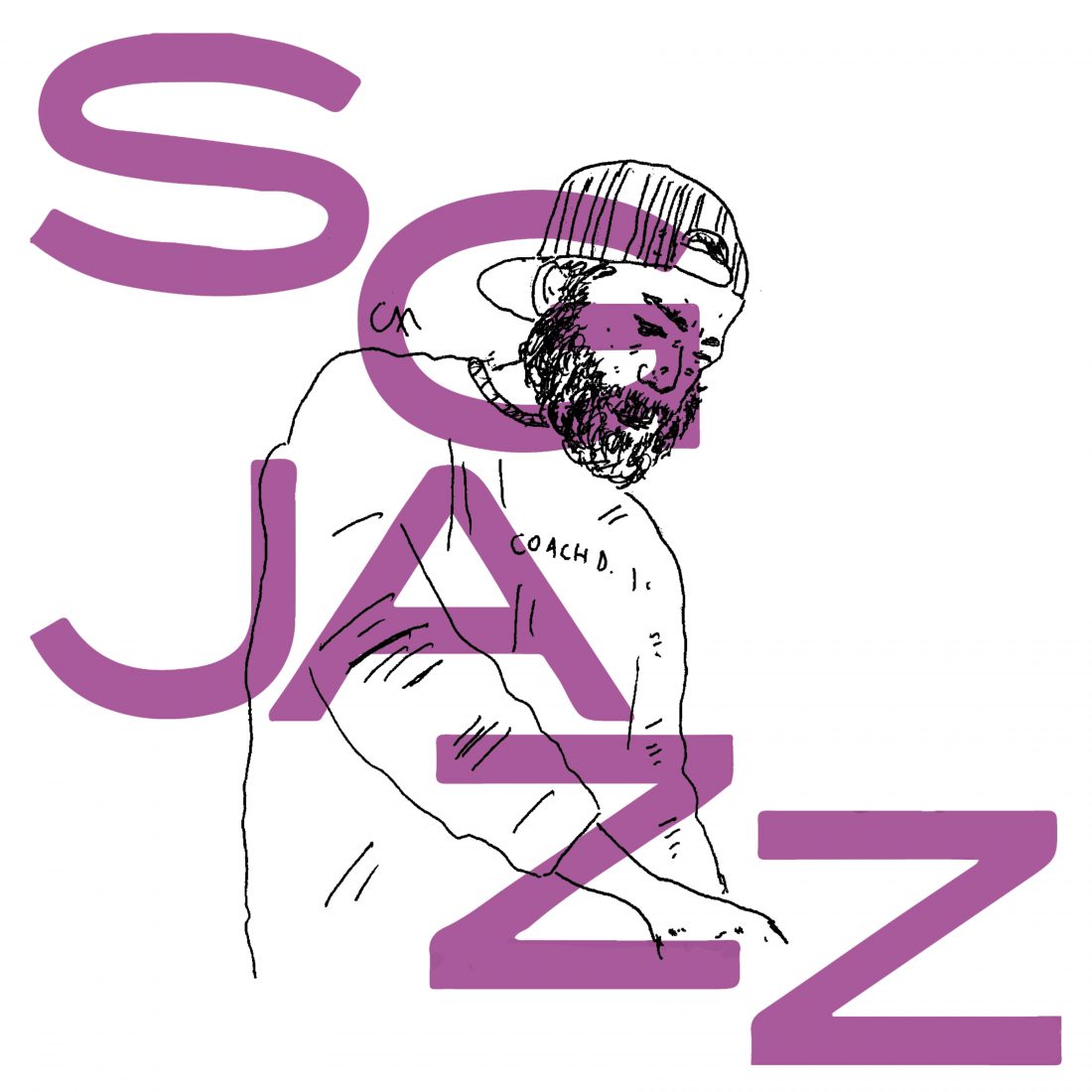 So it’s a local collective. How was it to make music as a band in a studio as opposed to working all by yourself as a beatmaker?

I love working alone [in the studio] because I can get stuff done as quick or slow as the process takes. I love not having to wait on anyone and knowing that I’m all I need. At the same time, working with these guys on the SGJAZZ album was such a fun and rewarding experience. It gave me a better appreciation for collaboration.

Speaking of your studio, a bit of beatmaking geek-speak: what gear can be found in your studio room?

With a slight expansion to neo-soul/jazz on SGJAZZ, is that a new direction you’d like to take?

I feel like that is kinda where I am at now. I don’t want to be tied to a certain sound or genre. But I am definitely going to further expand on the Neo-Soul, Nu-Jazz sound. I have a vision and it’s accompanied by sound.

Time for the inevitable: let’s talk drummers and jazz. It’s always a hard one, but do any jazz records come to mind if I ask you about all-time favorites?

Either Light as a Feather by Chick Corea or Harvest Time by Pharoah Sanders. Both albums tell a story and take me to a certain place. You can put them on and totally lose the sense that you are listening to a song. You emerge in a theme or feeling…

And any particular drummers you look up to? Can you describe what you’ve learned from studying them to shape your own sound?

My biggest drum influences as of late are Chris Dave, Corey Fonville, Louis Cole & Nate Smith. They are very different drummers, but they each have a certain sound. Chris Dave is the undisputed king of swing. Watching Chris Dave I really learned about the sounds you can get out of your drums and cymbals. Trashy hi-hats, tight, dry snares, and recycled cymbals and chains to put on the kit.

Louis Cole plays fast and precise. Seeing him play has really allowed me to think differently about timing. He can play fast or slow and still keep the tightest groove while switching signatures gracefully. And I found Nate Smith through Jose James’ Instagram channel. I was captivated with the way he could immediately initiate a groove and keep embellishing on it. There are a handful of videos of him just playing a beat solo for a crowd and he is just handing out the craziest patterns! Corey Fonville is the drummer for Butcher Brown as well as for trumpet player Christian Scott. Corey can play any style and it’s so refreshing to hear and watch. He has been my biggest drumming inspiration the last year.

Video: Kero One – What Am I Supposed To Do